Nothing To Be Frightened Of, Julian Barnes (250 pp) 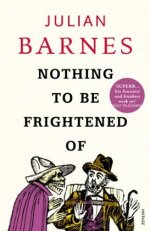 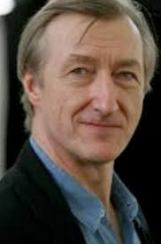 “I don’t believe in God, but I miss Him” is the striking opening sentence of the most intriguing book I read last year. Julian Barnes is one of Britain’s leading novelists – he won the Man Booker prize in 2011 and has had three other novels shortlisted for the award – but this is a personal memoir and meditation on the twin themes of God and mortality. And despite the seriousness of the subject, it is wonderfully entertaining.

I suspect that most of us push the awareness of death to the back of our consciousness, but for Julian Barnes it has been with him on a daily basis since he was a teenager. “Over the decades,” he writes, “my fear of death has become an essential part of me.” And he describes the acute attacks when, in the middle of the night, he finds himself “pitch-forked” into wakefulness, beating the pillow and “shouting ‘Oh no Oh No OH NO’ in an endless wail.”

Having rejected the “attenuated belief” of his family background, he is aware that, with no God and no Heaven, death is “on the agenda in quite a different way.” The heart of the issue for him is the fear of blank extinction. While his rationalistic older brother (an academic philosopher with whom he is in debate) is quite content with that prospect, Julian Barnes can imagine all sorts of things that would be better than “utter obliteration” – an eternal life talking to the great philosophers and novelists, for instance, or a second go at life in which you get the chance to correct the mistakes of the first. His brother says it would be irrational to fear extinction, to which Barnes responds:  “IRRATIONAL? It’s the most rational thing in the world – how can reason not detest and fear the end of reason?”

Having rejected the bland acceptance of mortality, he also rejects the so-called consolations atheists offer. He refers to Richard Dawkins’ view that we are the lucky ones because the vast majority of potential people never even get born – and finds this no consolation, rather a disconsolation, because it emphasizes our staggering uniqueness which makes it even harder to shrug our shoulders at mortality. To the argument that your children ‘carry you on’ after your death, he responds: “What happens when you reach the first generation born after you are dead, the one with no possible memory of you, and for whom you were mere folklore? Will you be carried on by them, and will they know that is what they are doing?”

Two of the appealing things about Julian Barnes are his candour and humility. He sees atheism as ‘aristocratic’ and Bertrand Russell as the embodiment of that sort of pride. Having called himself an atheist in his youth, he now sees himself as an agnostic because he has more awareness of human ignorance and asks, “How can we be sure that we know enough to know?”

He is very candid about missing God:

“The God I don’t believe in yet miss is naturally the Christian God of Western Europe and       non-fundamentalist America. I don’t miss Allah or Buddha, any more than I miss Odin       or Zeus. And I miss the New Testament God rather than the Old Testament one. I miss         the God that inspired Italian painting and French stained glass, German music and                 English chapter houses, and those tumble-down heaps of stone on Celtic headlands             which were once symbolic beacons in the darkness and storm.” (pp 117-118)

Why does he miss God? Part of it is aesthetic. There is a loss of wonder when confronted by the natural world: “If what is out there comes from nothing, if all is unrolling mechanically according to a programme laid down by nobody, and if our perceptions of it are mere moments of biochemical activity, the mere snap and crackle of a few synapses, then what does this sense of wonder amount to?” (p 71) He also realizes how much more great religious art and music would mean if he could see it as true. But that is only the beginning. Behind it is something deeper: “Religion used to offer consolation for the travails of life, and reward at the end of it for the faithful. But above and beyond these treats, it gave human life a sense of context, and therefore seriousness.” (p 57)

Yet sadly, despite the sense of loss, Barnes never seems to have seriously investigated faith or considered the evidence for God. Instead of engaging with the issue, he simply settles for a default position of agnosticism. And his few believing friends don’t seem to have served him well. At one point he mentions asking a Catholic friend why he believes and getting the response, ‘I believe because I want to believe’, which Julian Barnes understandably finds less than helpful.

Although seemingly unwilling to explore faith as a personal option, Julian Barnes has a sure sense of what it should be like. He writes: “Agnostics and atheists observing religion from the sideline tend to be unimpressed by milksop creeds. What’s the point of faith unless you and it are serious – seriously serious – unless your religion fills, directs, stains and sustains your life?” (p 81)

Julian Barnes is dealing with two of the greatest questions of human existence – God and mortality – and, while the extent of his engagement with the first is disappointing, he leaves the reader with much to ponder about the second. Unlike a friend who said to him, “I know that everybody else is going to die, but I never think I am going to die”, Barnes lives deeply with the awareness of his mortality. And his book is an engaging, lively and human response to that reality. We live in a society that pushes away the awareness of death. (I’m frequently struck in pastoral situations by how often death takes people by surprise.) In its honesty and candour this book is (to use the author’s own phrase) a significant “wake-up call to mortality.”